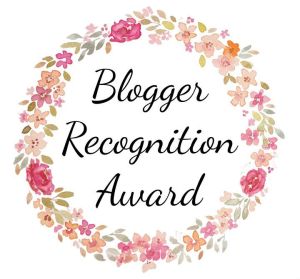 ahhh! guys! I was nominated by my lovely friend from https://adventuringirlblog.wordpress.com for the blogger recognition award! so much gratefulness for her ~

The Birth of Thee Adventurette

I started my blog about 2 1/2 years ago, in September of 2014. I vividly remember being inspired by Malala’s story of using her blog and writing to reach out to struggling girls all over the world. I wanted to be able to do that – to at the very least, inspire my readers and make them smile. Hopefully, I’ve been able to accomplish that :) Thee Adventurette started out as “Live. Laugh. Love.” and evolved over the years. I wouldn’t be here without my faithful readers! xx

hmm, this might be a little difficult. If you are a new blogger, I encourage you to blog about your passions. Don’t think that you have to conform to the mainstream in order to get likes and views – that shouldn’t be the reason why you are blogging in the first place! If you truly care about something, you shouldn’t care about other people’s negative opinions on it. Just keep blogging regularly, interact with your readers, and be yourself! cliche advice, I know – but trust me, it works.

here are some lovely blogs that I simply must nominate! (if you’re not here, that doesn’t mean you’re not a fabulous blogger ;)

The Sea Calls Us Home

have a lovely day!

The beach is especially packed during the summer days, but I managed to find a beautiful cove that wasn’t too crowded about a couple weekends ago.

Enjoy the photos of my inner mermaid spirit :)

Ft. my favorite backpack ever from Twig and Arrow and my messy hair u.u

I give you an A for effort, Dad u_u 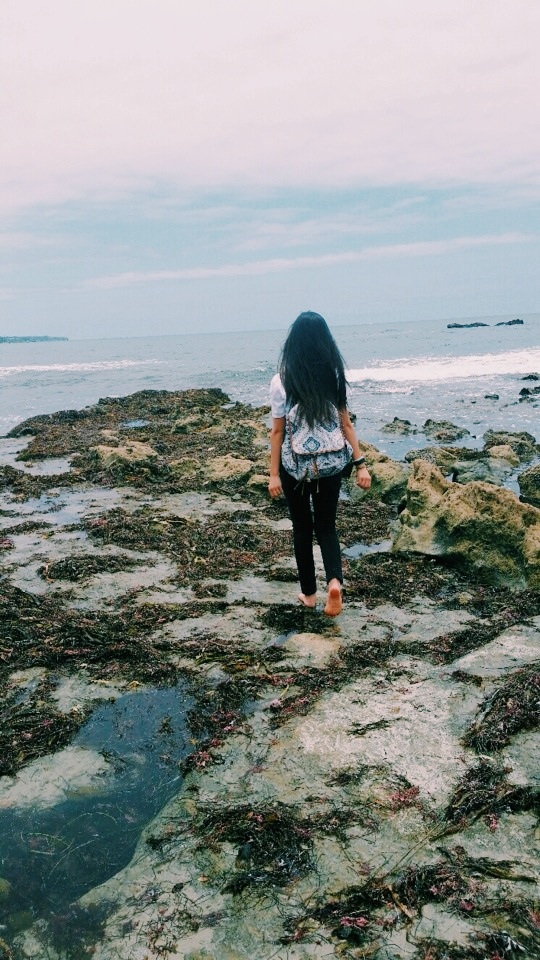 The more I look at this picture, the more I realize how tiny I am xD 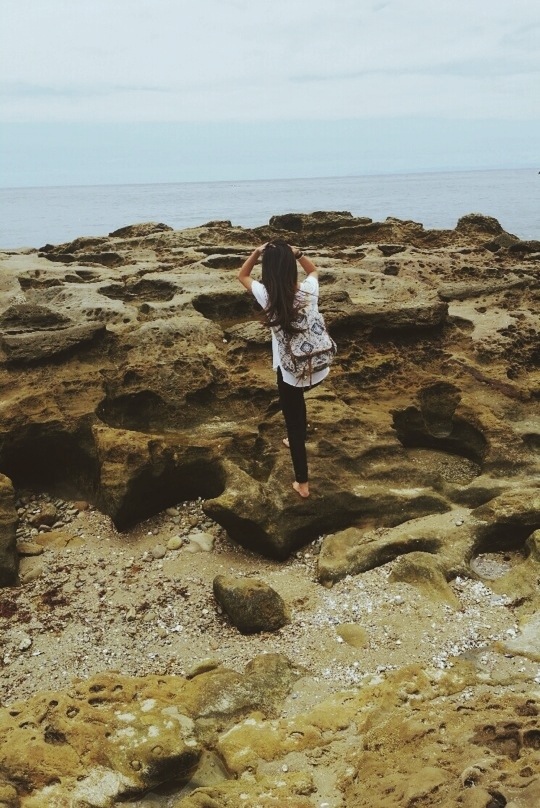 I’ve grown up 10 minutes from the beach, and I know that I must have saltwater in my veins <3 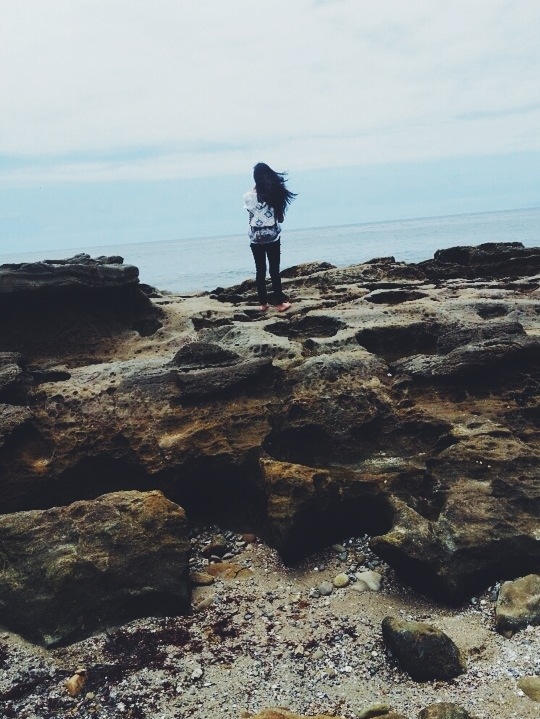 Keep scrolling, I know you can make it u.u 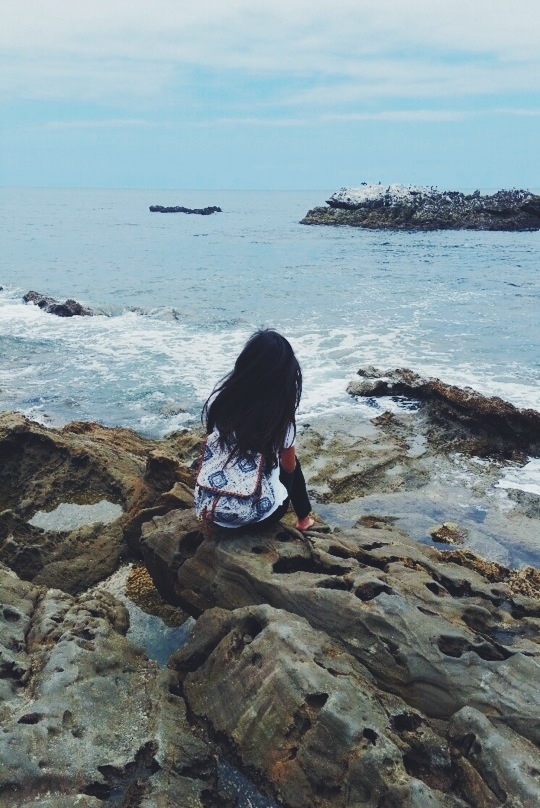 Probably my favorite one <3

~ I must be a mermaid – I have no fear of depths and a great fear of shallow living.

Make every day an adventure (:

I look at the date and it is December 31st, the last day of 2015. This year has gone by so fast; I feel that I have jumped into a time travel machine and have somehow been transported from January 1st to December 31st in one ZAP! 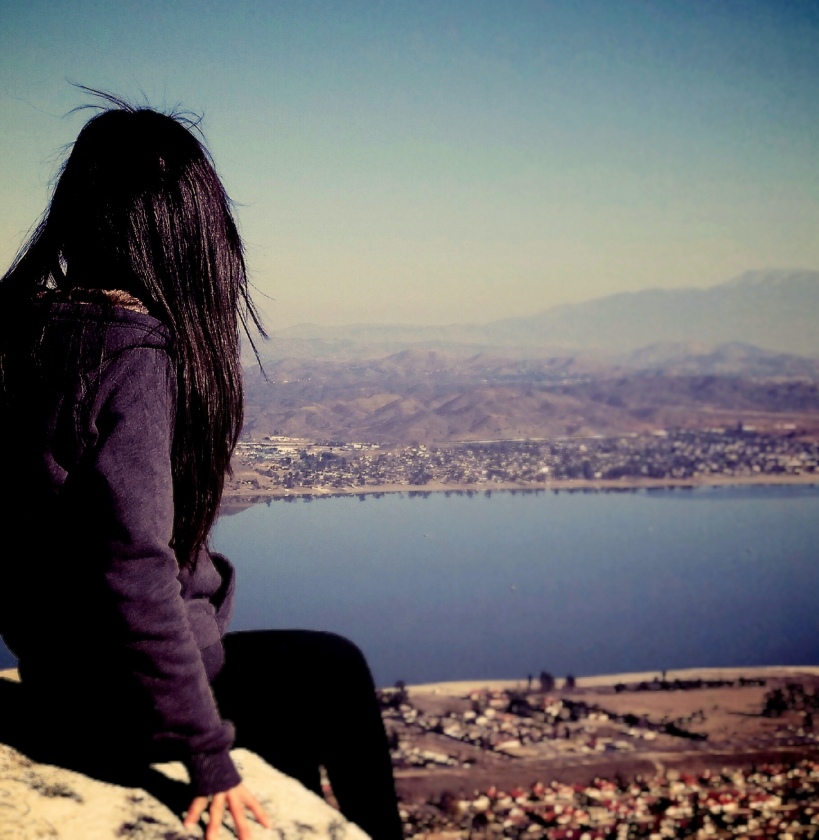 I am eager for 2016’s adventures and I am ready to achieve its goals. 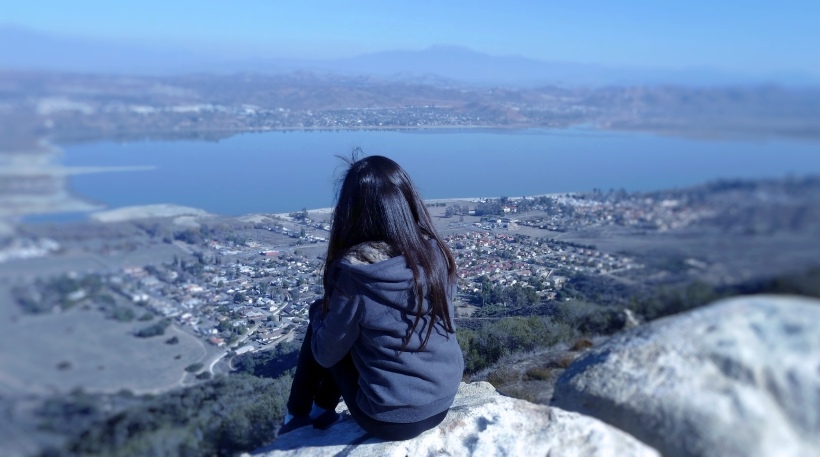 I will refuse to give up. Life cannot make me, because I have Him on my side. 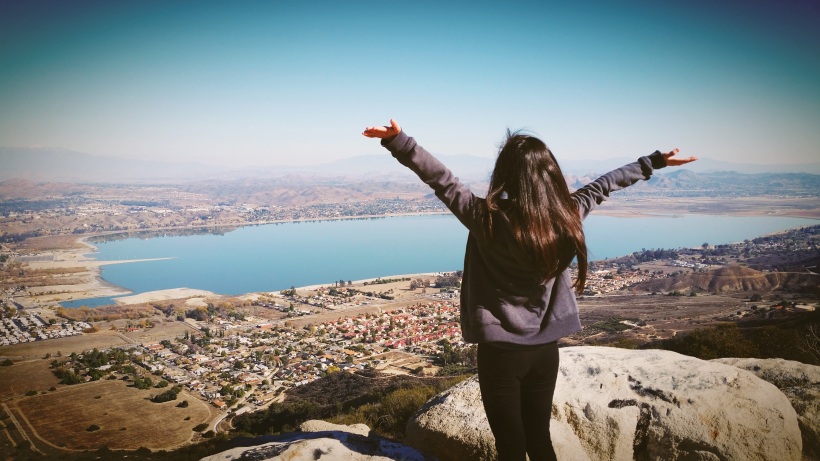 I will press on to the very top until victory greets me. I will refuse to be daunted by challenges.

And above all, I will find delight in the little things. Like these beautiful flowers.

Yours truly,
That Girl Over There

It’s finally Christmas! Where we live it feels like summer (lol!) with warm sunshine and blue skies. So yeah, not your normal stereotypic Christmas weather~ I hope that wherever you may be, you have a Christmas that is MERRY AND BRIGHT! And don’t forget the reason for the season! 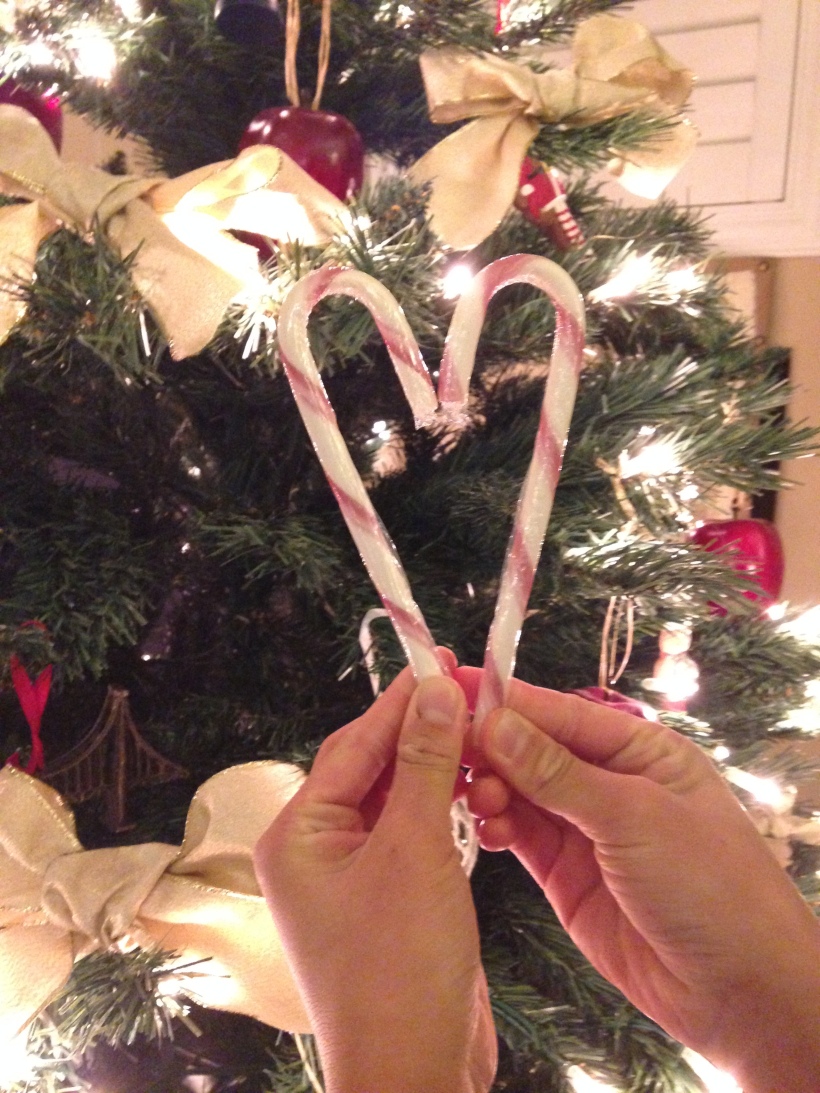 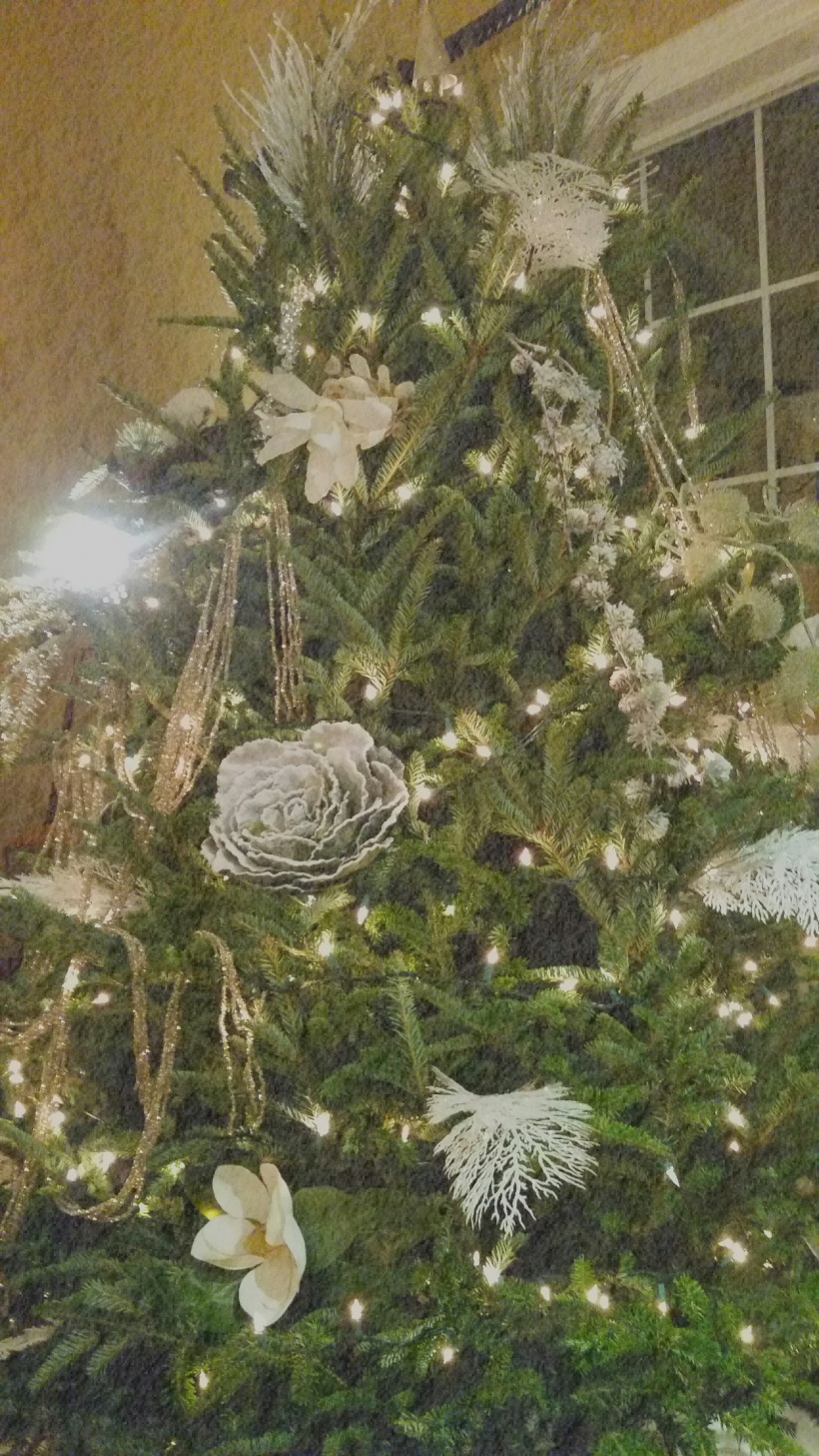 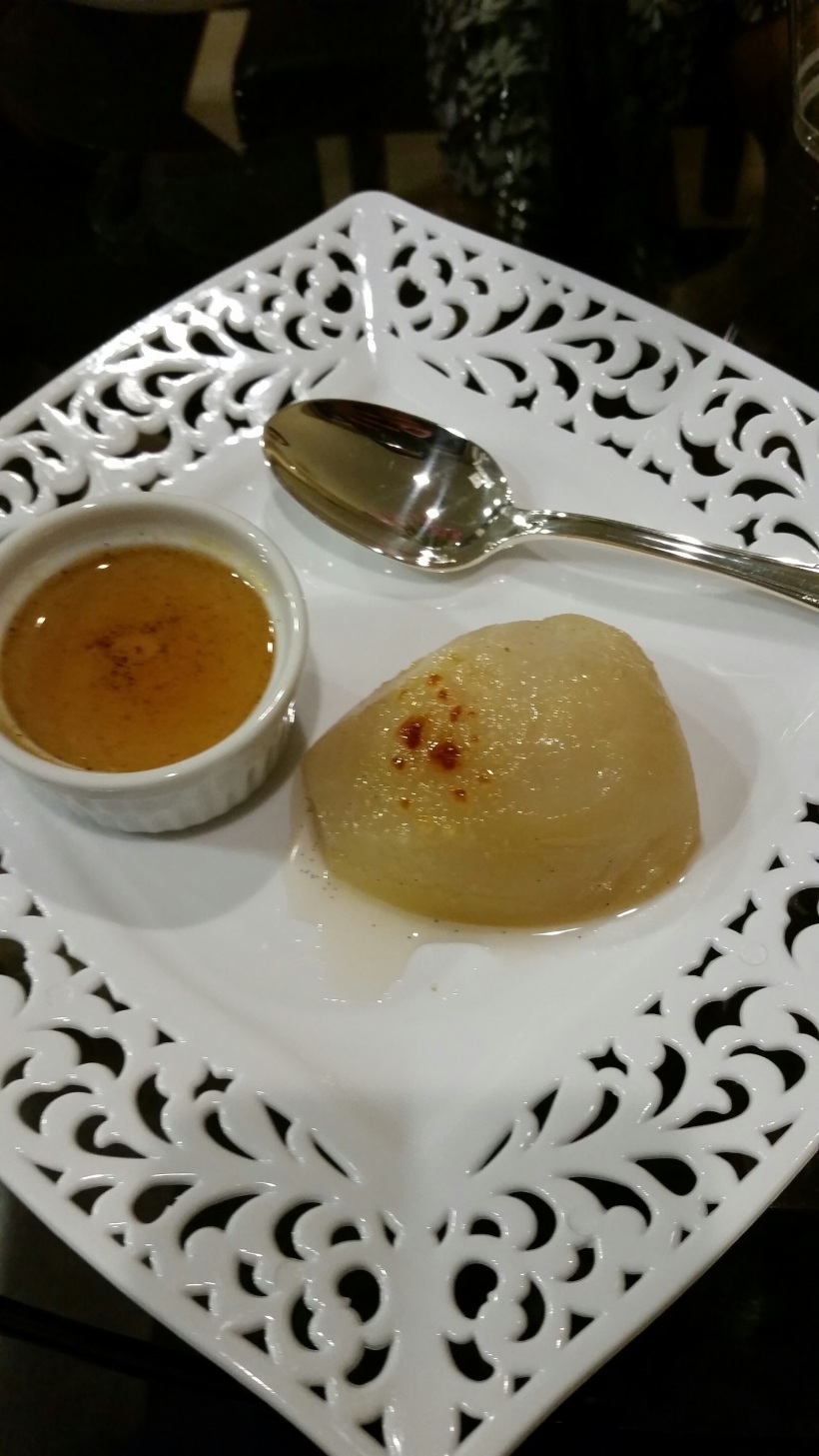 Well, here we are. The last day of November! I cannot believe that 2016 looms up ahead, sooner than I have expected! (I didn’t expect my biology class to start up so soon either. poo.)
Here are some artsy pictures we captured on a recent hike~ 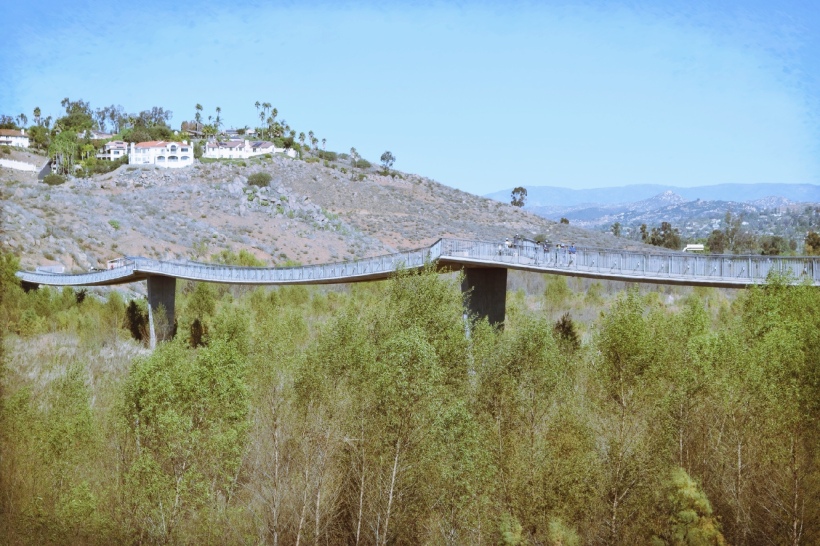 The 990 feet long bridge we walk across to get to the trails. I managed not to get run over by any bikers. 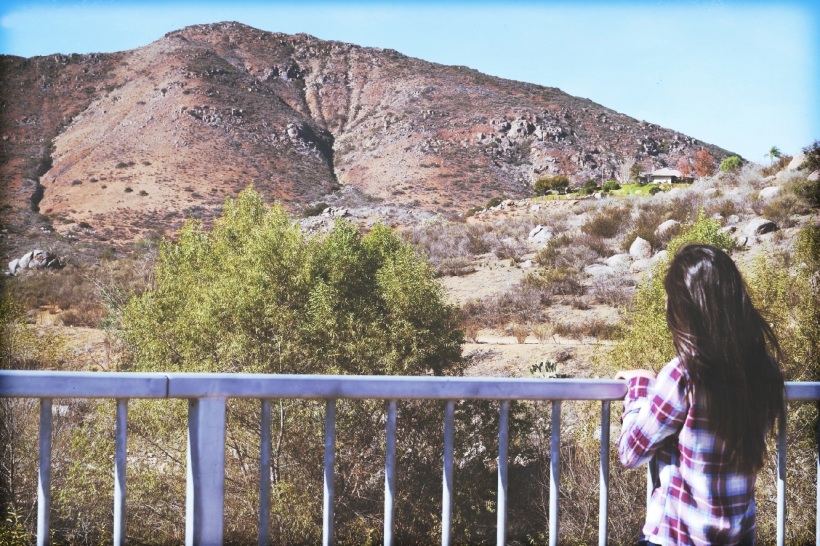 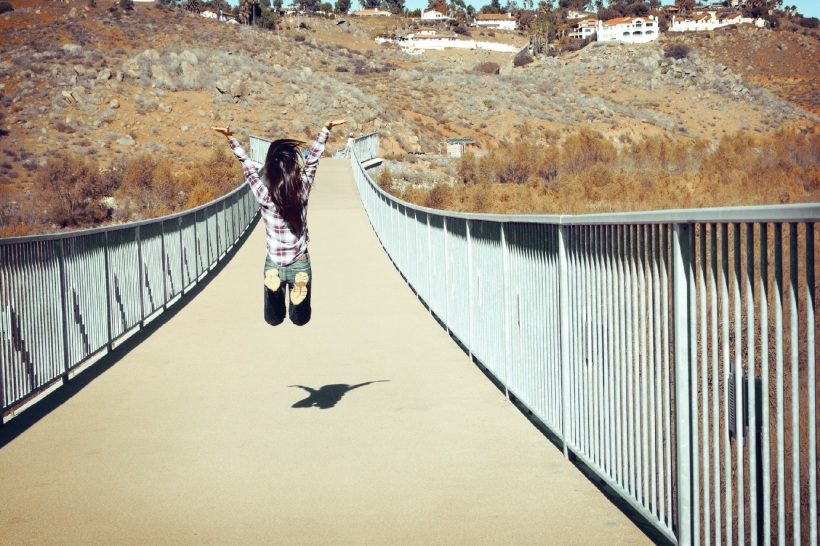 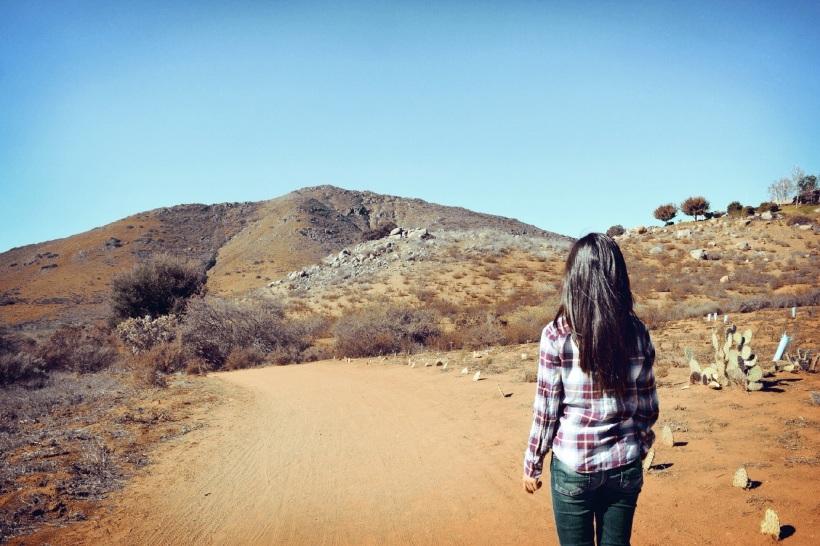 Have a great Monday!

Happy Thanksgiving all! 🍃🍁🍂 I’m sure you all are looking forward to a bountiful Thanksgiving dinner/lunch, just like me! Don’t worry, I won’t eat too little! *smirk* Anyways, have a great thanksgiving, don’t forget to be grateful for all God’s blessings, and *cue whisper voice* remember to work those calories off walking around at the mall tomorrow! Love you all!

Thanksgiving is here, Mashed potatoes and biscuits and more yummy goodies.
And now we can eat.
{Munch munch}

P.S. What’s your favorite Thanksgiving food? Make me hungry in the comments below! 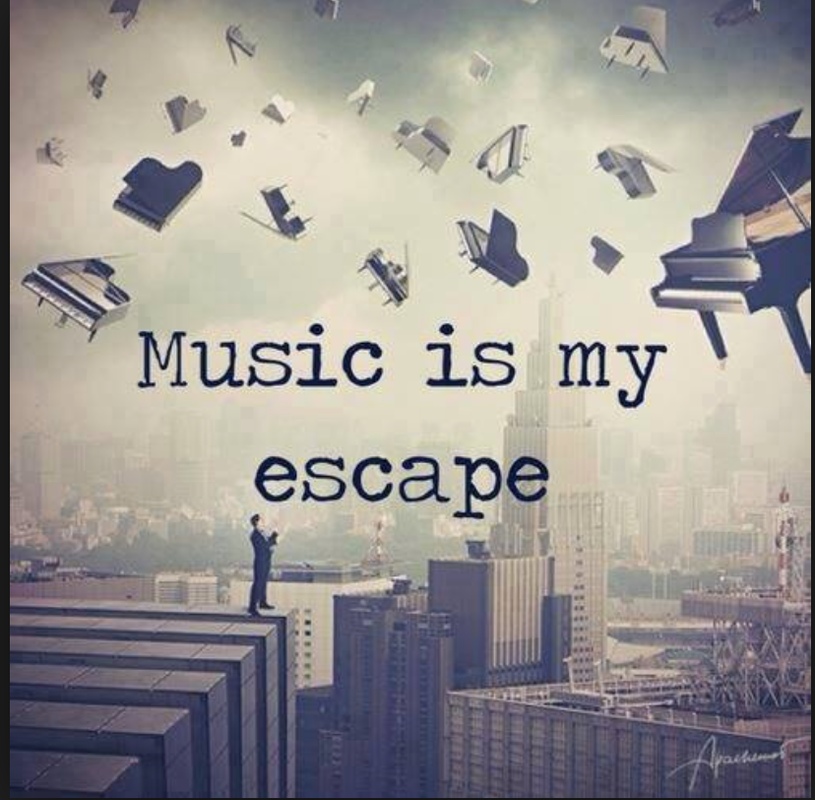 Music, music, and more music. That’s truly what makes up 70% of my life. Here’s this week’s music schedule:

Literally. Can I just crawl into a hole and hide?!

END_OF_DOCUMENT_TOKEN_TO_BE_REPLACED

Warning: If you do not enjoy reading a reminiscing post of considerate length, then I advise you not to read this.

Dear readers,
It is late afternoon, and the sun is shining rays of perfect warmth. I sit and fondle the cover of a work book.

END_OF_DOCUMENT_TOKEN_TO_BE_REPLACED 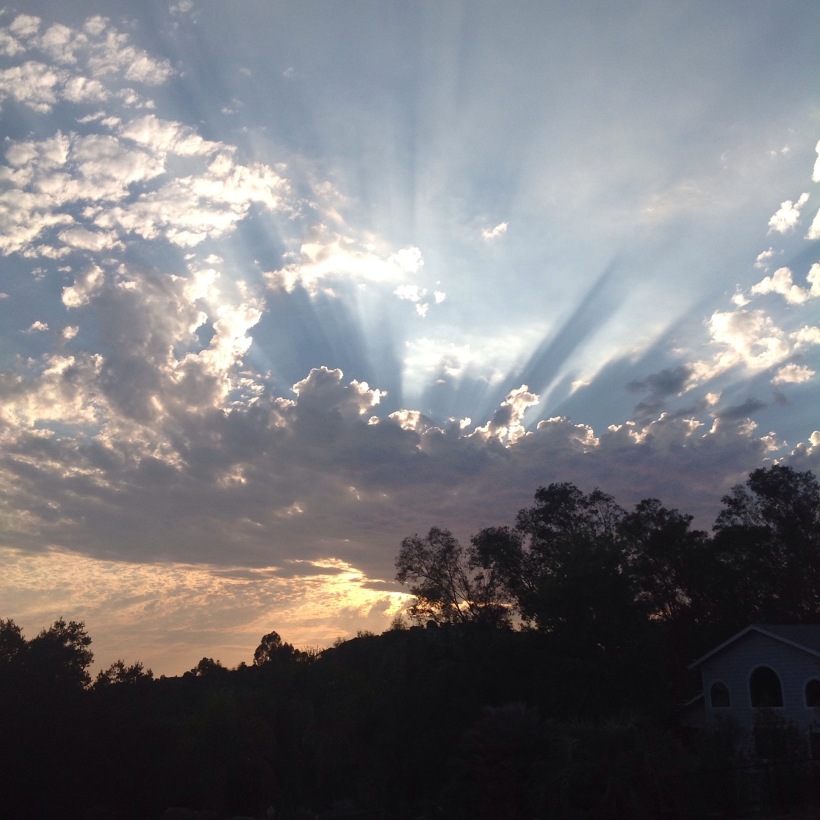 He knew my needs and uplifted my spirits by sending me a beautiful reminder of His constant love. He also knew what reminder I like best: an incomparable West Coast sunset. 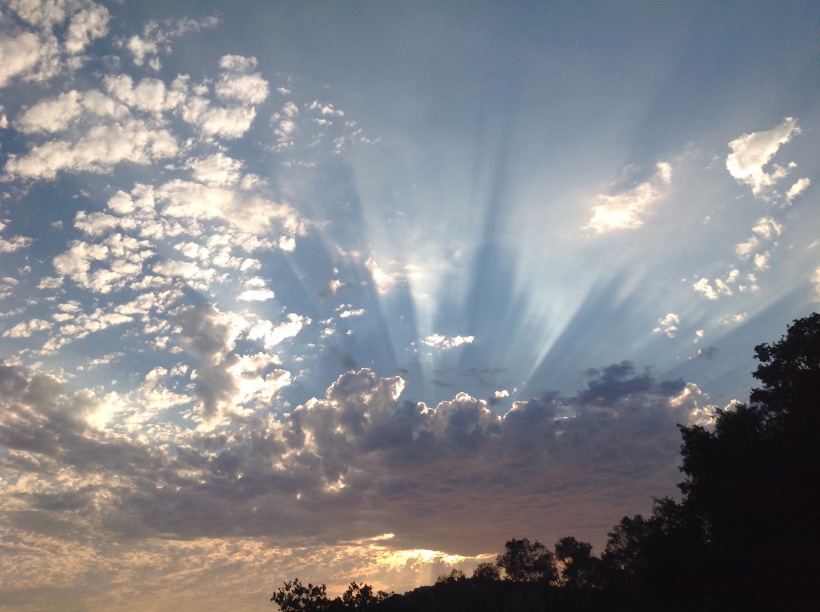 Imagine what the sky will look like when He comes for me and you! 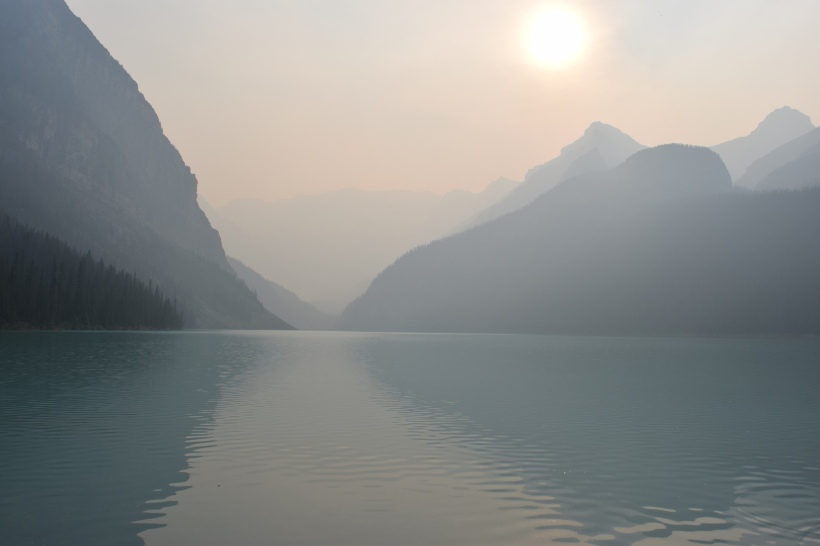 Hey ya’ll! I just got my pictures from our vacation uploaded from my trusty camera to my computer. I thought I’d give you all a glimpse into the past week :)

Sit back and enjoy! 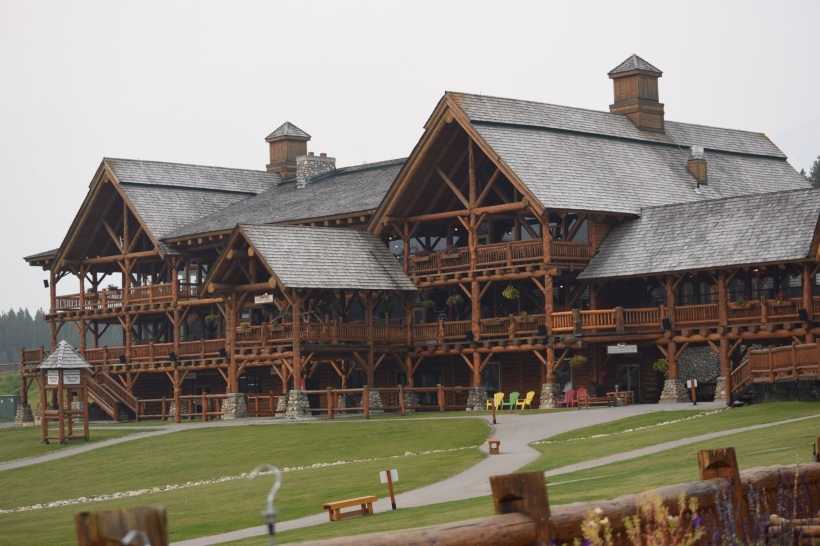 The ski resort in Alberta 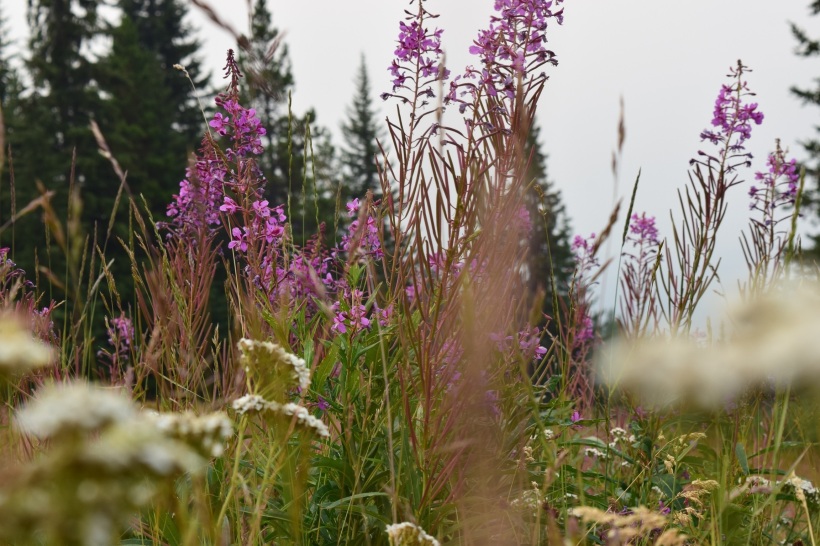 Hiding among the flowers 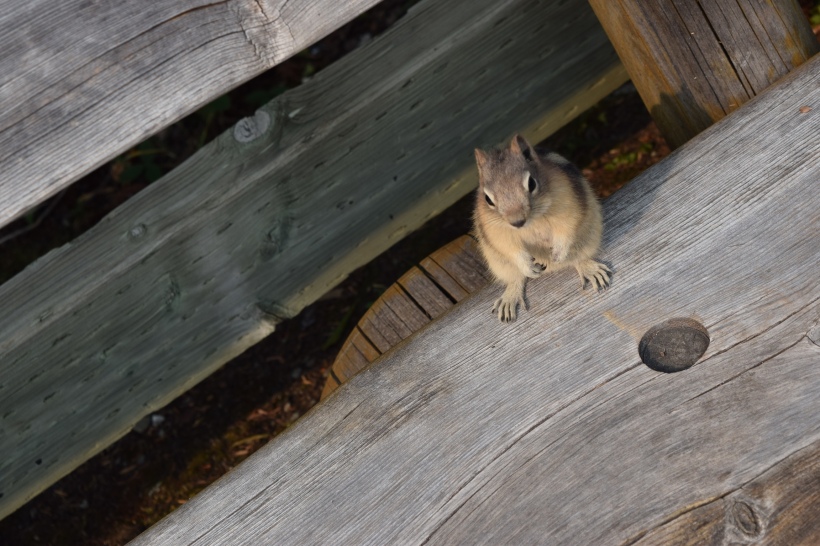 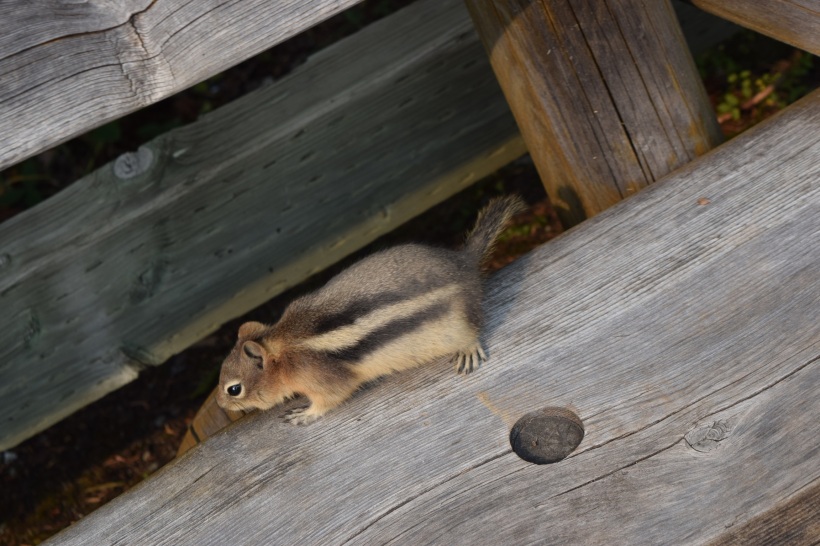 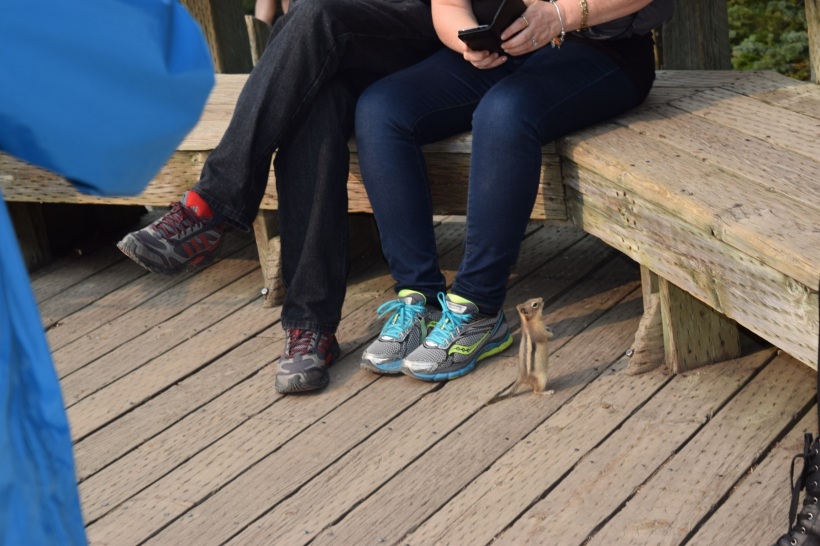 Everyone. Look. At the ridiculously adorable squirrel thingy. 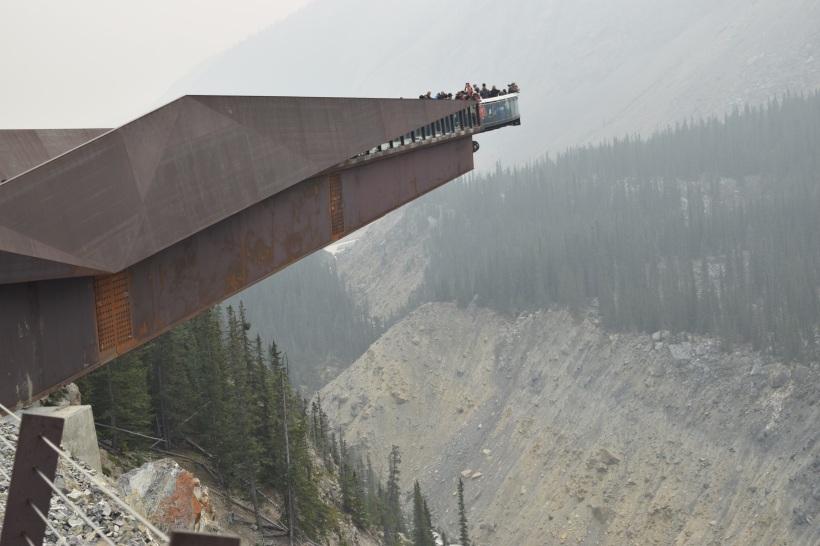 See the terrifying Sky Walk near the glacier fields. 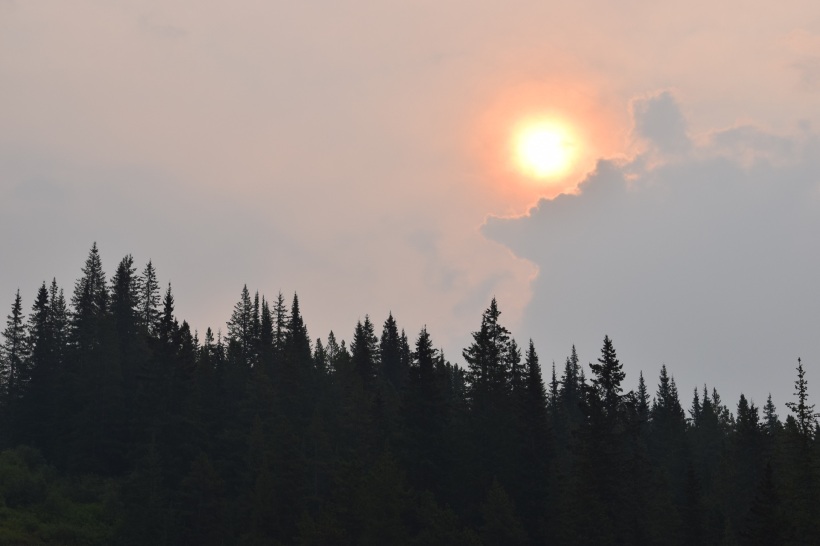 And of course, the plentiful trees :) 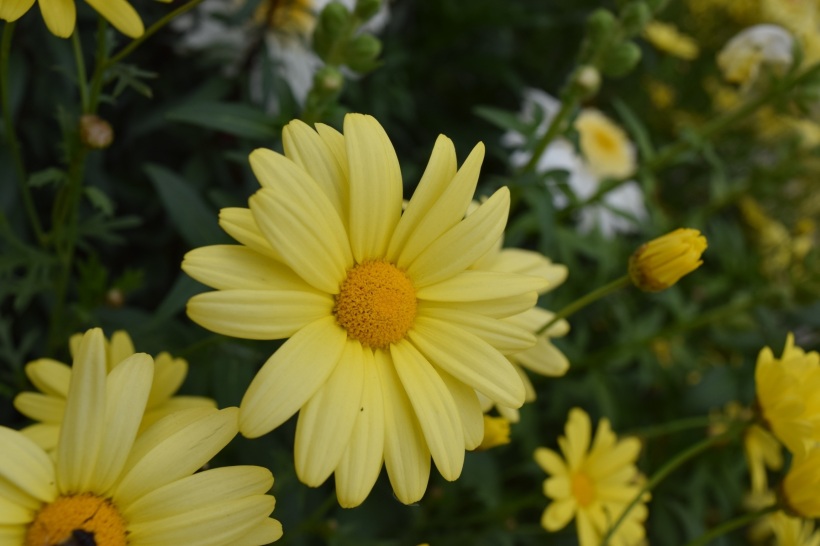 That’s all for now.

Yours,
That Girl Over There~

Wow! What. A. Day. I don’t think I even have to tell you that I’m wiped out beyond words! Day 4 is the day our family joined a bus tour traveling through several Candian provinces. On our route, we stopped at the city of Hope, a ginseng factory, and had a lovely view of the Fraser River, which is so cold (4 Celsius) that no one dares to swim in it! Well, maybe except me…. 😉

After lunch, our tour guide directed us to a beautiful waterfall called Spahats Falls. For all you loyal followers, I literally just stood at the railing trying to think of how I would describe such a magnificent scene to you. And here it is. There are two, giant rock walls coming together to form a V. At the point of the V is a chasm that splits the joining rock sides in half. Keep in mind that the chasm only cuts half of the rock walls. And, in that chasm is a bubbling spring that tumbles out of the chasm and the rest of the distance to the ground, where it gathers in clear, gushing pools. Now, see how much thought I put into this explanation? You’re welcome~

The finale to the day was watching salmon spawn in a nearby creek. Don’t even think about squirming. In reality, watching salmon spawn was so inspiring. These king salmon overcame huge obstacles and gigantic odds to fin their way back to their birthplace. They swam all the way from the ocean to this little creek that was shallow, their fins protruded from the swirling water. And if that’s not enough, these courageous fish don’t eat for the six months they take to travel to their birthplace. They Don’t Eat A Thing. That’s pretty unbelievable. And there’s even more. These beautiful fishies lose their luster and shine, and scars and scratches from the rocks replace them. These salmon give up everything to return to their spawning grounds. After they lay their eggs, they lose even more – their own life.
It reminds me of a familiar story.
Jesus came down to earth from heaven. He lost so much. He was “bruised and wounded.” For us. And in the end, He lost His life. But there was hope, because He was resurrected from the dead and restored. The salmon lose their lives, but they give hope — they spur on the next generation of salmon, who repeat the same thing. There’s always hope, no matter the situation.
Thanks for putting up with my rambling and reading this far!

Yours,
That Girl Over There~

Hesitantly, I stretched my hand out toward him. I had heard so much about this newly adopted little boy, but now that I was really meeting him…all my confidence suddenly vanished and I quaked inside. The seven year old slowly took my hand and grasped it.

END_OF_DOCUMENT_TOKEN_TO_BE_REPLACED

Another year has passed in my life. It’s that time again where you get “happy birthday” texts on that special day and are greeted by “Happy Birthday!” wherever you walk…

END_OF_DOCUMENT_TOKEN_TO_BE_REPLACED

There was an error retrieving images from Instagram. An attempt will be remade in a few minutes.

snips and snaps – MY VSCO 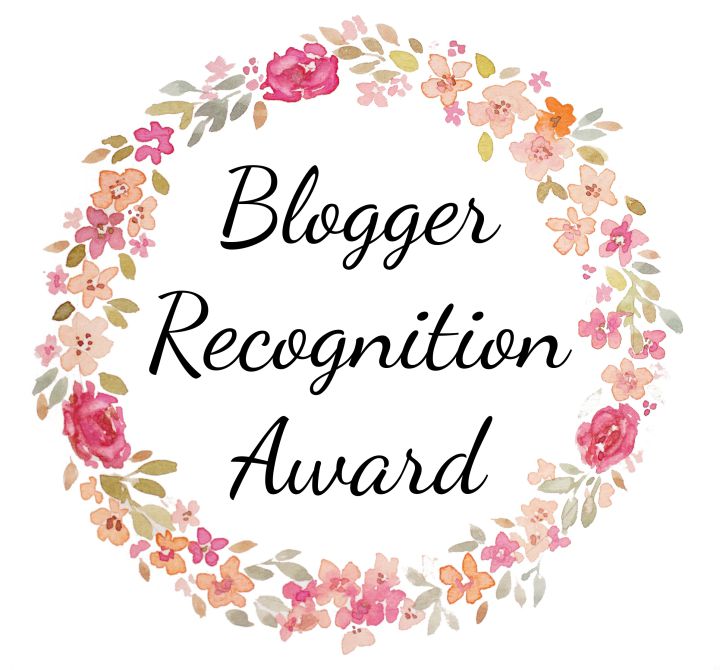